The Cripple & The Chrysalis (A True Story) 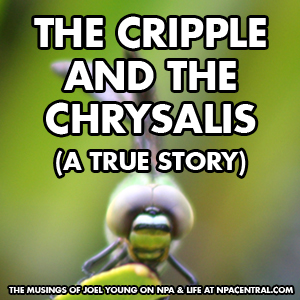 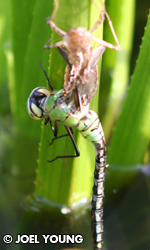 Well, unfortunately it’s wings were stuck and for a full day it hung from the husk of it’s exuvia (the hardened shell of the larva). In that day the body and the exposed wings become engorged, and by nightfall it had fallen still. I was pretty sure it was dead but to my great surprise and delight, the next day I came out to find it had managed to grasp another reed and is pulling with all it’s might. 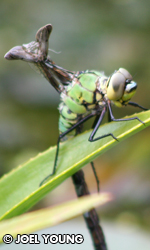 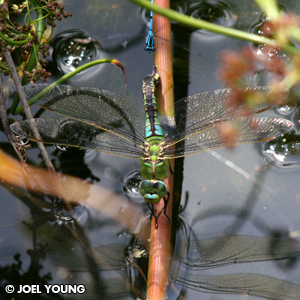 Joel Young
Joel is a well renowned international speaker and teacher in the field of Human Consciousness. With nearly 20 years experience in private practice and working with groups, Joel’s vast experience makes him a master of facilitating release, freedom, healing & awakening.

“Who is to say what is success and what is failure?” via @JoelYoungNPA

“Know that life as you imagine it exists somewhere” via @JoelYoungNPA

“If you have ideas of success and failure in the realm of your transformation, let them go” via @JoelYoungNPA